Let's start with the most basic element of Neural Network - Perceptron.

The elementary entity and basic form of neural network which can also learn. The development owes to a biological inspiration from a Neuron. Much like Neuron, a perceptron takes an input signal, process it, and stimulate a response. A single perceptron can learn to discriminate linear separable problem. 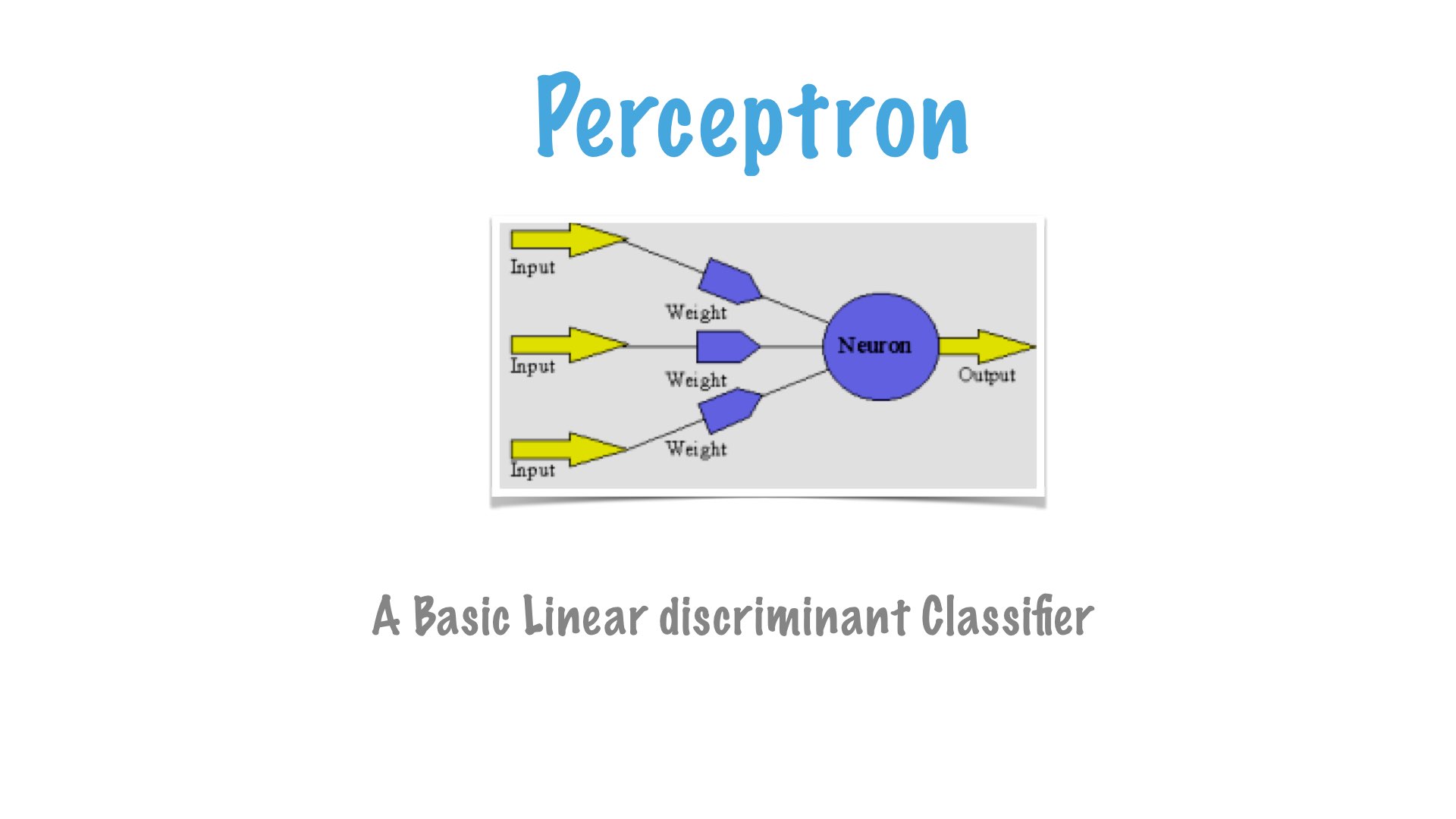 The more practical representation of Perceptron and its function. 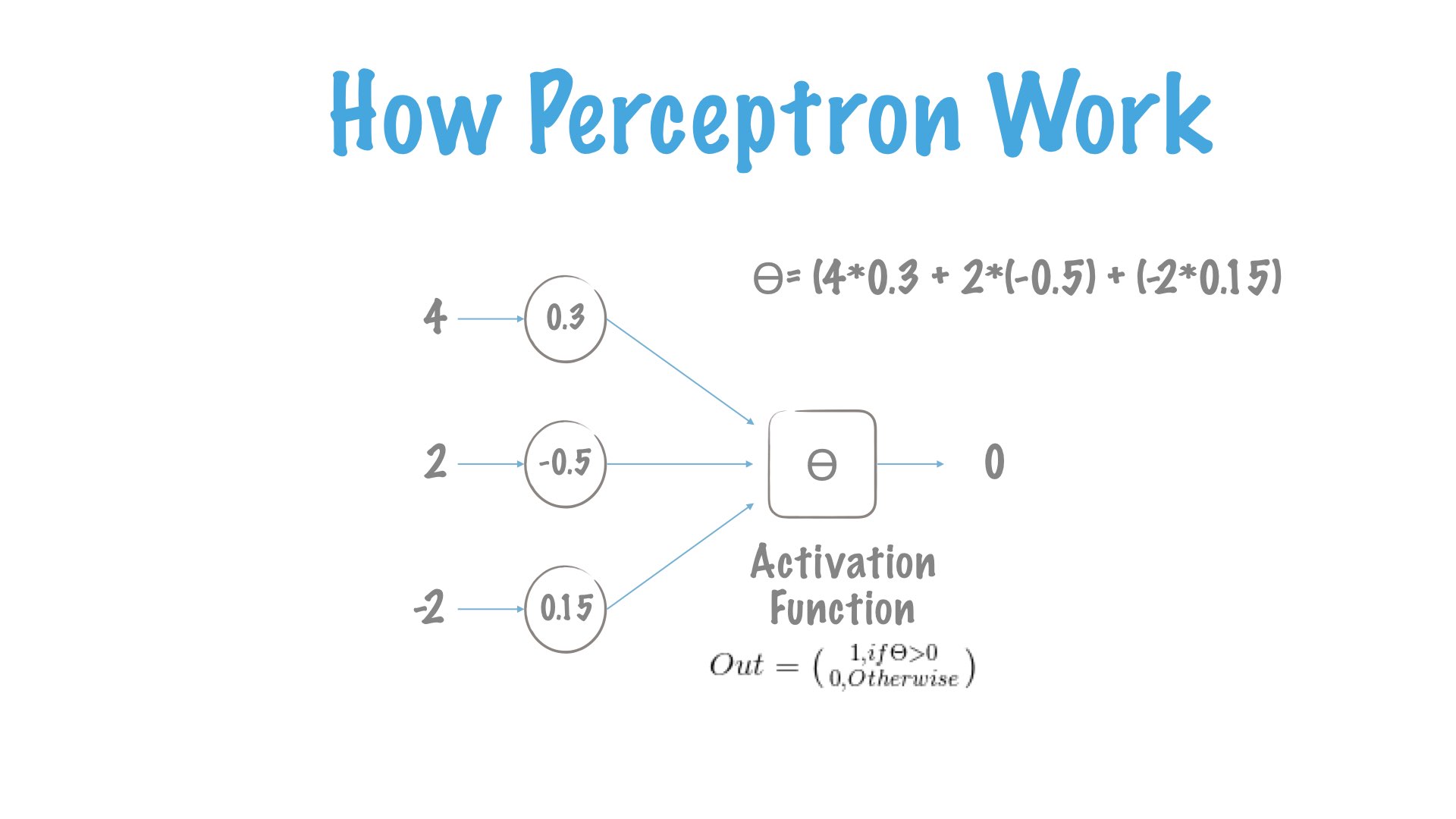 In this type of task, the computer program is asked to specify which of k categories some input belongs to. To solve this task, the learning algorithm is usually asked to produce a function f : Rn → {1, . . . , k}. When y = f (x), the model assigns an input described by vector x to a category identified by numeric code y. There are other variants of the classification task, for example, where f outputs a probability distribution over classes. An example of a classification task is object recognition, where the input is an image (usually described as a set of pixel brightness values), and the output is a numeric code identifying the object in the image. For example, the Willow Garage PR2 robot is able to act as a waiter that can recognize different kinds of drinks and deliver them to people on command (Goodfellow et al., 2010). Modern object recognition is best accomplished with deep learning (Krizhevsky et al., 2012; Ioffe and Szegedy, 2015). Object recognition is the same basic technology that allows computers to recognize faces (Taigman et al., 2014), which can be used to automatically tag people in photo collections and allow computers to interact more naturally with their users.

A machine learning algorithm is an algorithm that is able to learn from data. But what do we mean by learning? Mitchell (1997) provides the definition “A computer program is said to learn from experience E with respect to some class of tasks T and performance measure P , if its performance at tasks in T , as measured by P , improves with experience E.” One can imagine a very wide variety of experiences E, tasks T , and performance measures P , and we do not make any attempt in this book to provide a formal definition of what may be used for each of these entities. Instead, the following sections provide intuitive descriptions and examples of the different kinds of tasks, performance measures and experiences that can be used to construct machine learning algorithms. 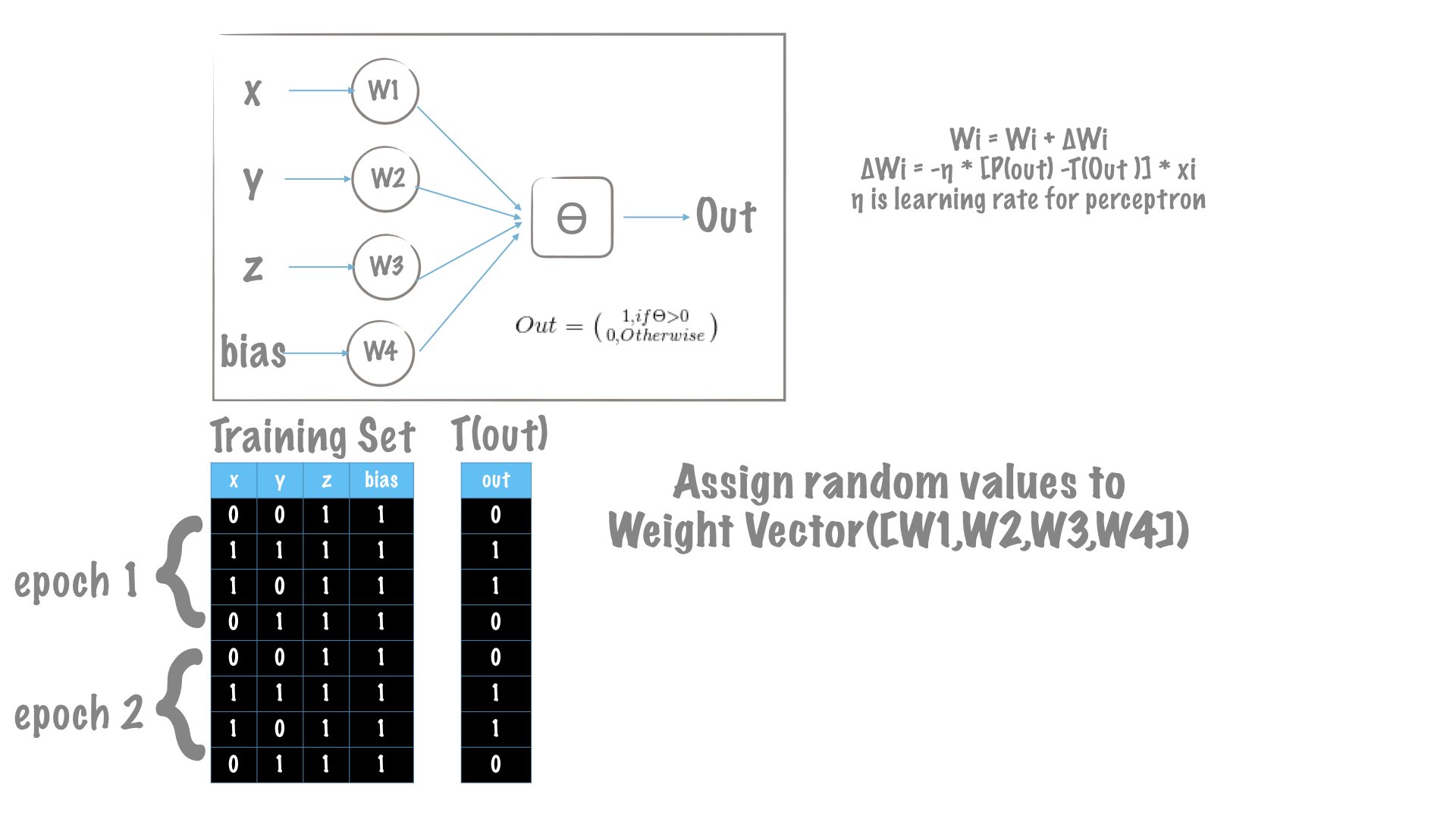 As explained in the Training Algorithm section, we aim to increase the performance at tasks in T. In each epoch, we make a feed-forward our perceptron to predict the desired output. When the predicted(calculated) is not consistent with the desired, we make an update to the weights of perceptron. Updating the weights means, wither the values of W are going to be increased or decreaded. This delta change is what Training Algorithm dictates in order to minimize the overall error/loss as defined.

While we train any model, we always have a loss defined over which the weights are optimized. A very typical training loss should appear like this.

That's all for the theory, we will move to code in next session, Understanding CNN - Part 2.