"Beauty is really in the eye of the beholder"

Image aesthetics assessment is an attempt to define the beauty of an Image. While everyone has different tastes, there are universally accepted norms when it comes to beauty – things which everyone pretty much agrees are beautiful, like sunsets or sunrises over the mountains or the ocean.

Some of the visual features which are generally taken into consideration for an appealing or an unattractive photograph. Some of them are:

Defining image quality with visual features like other manually curated features are limited in the scope.

The Image is of the same place taken with different lightning, angle, adjusted contrast. And it is obvious that image on the left has better aesthetic attire.

For a platform especially that serves media content, one of the crucial aspects is to show high-quality content. With social sites and the given ‘selfie’ trend, we are generating a huge amount of data in the form of either images or videos. Having a track on the quality will always be helpful.

Can we model such Human Perception?

The topic needs no introduction. It’s a revolution especially in the image classification domain since the last 5 years. With “Alexnet” winning the Image-Net competition, improving error rate with a huge margin acted as a spark in the field. Since then, CNN has many state of the arts on its name.

The first layer is input, where input is fed to the network. We can see their pooling operations, convolution operations finally followed by a fully connected layer and final softmax layer so that we get values as the probability for each class we label.

We always resize the input feature vector. If the image is larger, image is cropped or pad image if image dimensions are smaller, to get a fixed size input to feed the network

The above two images are beautiful in their original aspect ratio. What happens if we re-size the image to a fixed size of 224 * 224? Certainly, the image will loose all it’s original aesthetic value! From Landscape to Squared size. All damage is done. The original image composition is lost when an image is re-sized.

Let’s unveil the hidden layers! So, we can see that after the input, there are few layers of Operations. The operations are either Max-pooling or convolving with a filter i.e. Convolution. So why the fixed size of input is required at all then?
It’s because of the Fully Connected Layer just before the outputs. Fully Connected Layers are in the network for the non-linear combination of feature extracted before in convolution network.

In spp, an image is divided into bins. Each bin is pooled in its turn. As the number of bins is fixed, we always get the Fixed Shape Output. 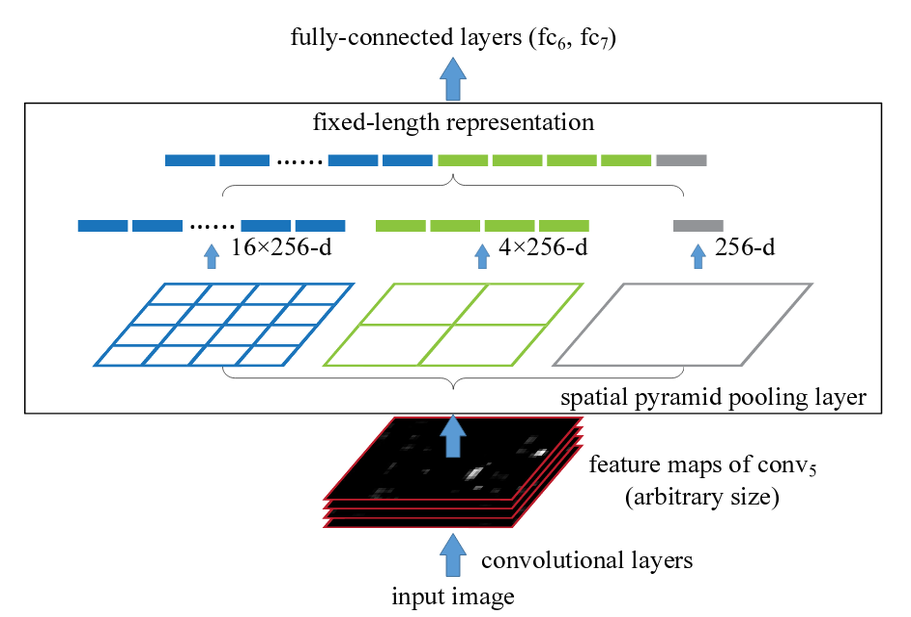 Training the Spp-Net on live-dataset, very small dataset, about 1K images total, model achieved the accuracy of 75% on training data, 83% of the test data.

With Spp in Network

After training model, I experimented with few results. These are the most interesting and promising results I found.

I recently came across a Photographer experience from being an amateur to professional.
He proved what difference a change in perspective can make. So, I decided to make my trained model judge for his efficacy.

With that, I would like to wrap up. Any Questions?